- exploring transmission across disciplines and discourses 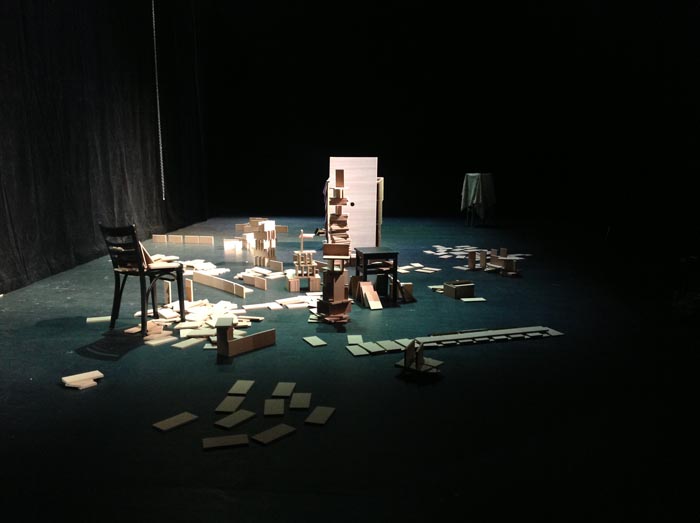 The project has evolved from questions on how to translate modes of production and display from one artistic domain into another in order to break with the divisive split between dance and visual art. Through its interdisciplinary approach, by mirroring the execution of time, form and conditions of an exhibition - the project invites us to look at the possibility of new beginnings, not as the right solution, but as a part of the process. The object is to renegotiate the potentiality of the performance as event and art object. Looking at choreography through the lens of visual art has been a strategy with an aim to propose a different way of approaching - another way of knowing - that is not about the work itself, but about the ramification of things.

The pre-dominant relations of process and product evokes in me a continuous urge for altering the chronology of things, for an ongoing creation and reflection as opposed to the formal line of production. With this in mind, a kind of temporal alienation of things, not fitting into the now - may be described as forging an instability of images. In the project this is explored by still, moving and live images, producing a kind of poetic self-reflexivity into a system. The aim is not to show or tell what a work is about, but rather to approach the work differently; to destabilize the medium of analysis and re-shape the moment of now.

Throughout the project period I have been interested in using the camera as a tool to unveil layers of hidden information and to create new meaning, through multiple of versions of constructed realities. Through the camera, I am to explore and unpack he many multifaceted aspects of creation by looking. Both the liveness of a dance and the two-dimensionality of a photo are covered in clichés about authenticity, presentness and the crucial moment. My entry point is rather the consciously dismantling of something to create something else – in this case, to use the camera to dismantle theatre. I use the camera to decompose processes rather than accentuate what happened - to fragmentize and dissolve a performance, instead of rendering or reproducing. The relation between physical space and image space is explored in a constellation of fictitious documentation of works in a stage environment. Photography is here approached as a central organizing principle, exploring the relation between the document and the event, the documentation and the situation, including ideas around scale, frame and content.

Speaking And Building -The Method:

The projects has been developed through an ever-evolving intentionally incomplete series of encounters titled Speaking and Building. These choreographic events are built upon - speaking and building actions between artists and the potentiality in choreographic thinking through a range of trans-disciplinary practices, materials and thought-actions. This method - dealing with “embodiment” and “rematerialization” - creates a fusion of layers in the process of art making by, combining outside and inside perspectives that is aiming for a poetic dimension in the structural logic.

A constellation of ideas surrounding the art-making processes has been conceived as a set of ”Research performances”. In these experimental laboratories for thinking and making across the disciplines of dance, sculpture and performance I use “hands-on conversations ” as a critical choreographic tool. This methodology is developed through a range of fellow peers in conversations on practice, staged dialogs and thinking through making and various language-material forms of interaction. Materials and gestures have been repeatedly organized and reorganized and occurs in various scales, formats and mediums such as film, photography, object, body; and installations, field- recordings, transcriptions, dance and dialogs. Abandoning the theatre as project and the performance as an end product has created a mode of working in the outskirts of things. A central question is how dicplacement of dance as object can blur the normative modes of recognition. What is revealed or produced?

With this project my concern is the critical role that time can play, through exploring notions of instability, inconclusiveness and transformation; in the way of working as a choreographer, as a dancer, as an artist. By actualizing this time, or these times, we can emphasize its criticality, and question how to change the temporal logic that is operating on the basis of what is done before. This creates a need for approaching displacement in the logics of disparate apparati. Introducing a more interdisciplinary language into the vocabulary of dance and choreography, such as “assemblage”, a “collection”, an “art object”, an “exhibition”, an “installation” - allows us to emphasize the crystalized building frame of the operational framework and it allocate us therefor to de-naturalize this, to de- crystalize it. This way we can explore a more dynamic relation between the various physical and time related

Choreographic detours and cycles of usership: I am looking for something palindromic in my work, wherein time moves at once forward and backward, and the beginnings of things are indistinguishable from their endings. The project is moving between exhibition format and performance format. The arrangement is in the regime of event; it is happening in different forms of expression and modes of address. The final arrangement encompass both installation, performative documentation, photographs, texts, video, and the photo puplication Speaking & Building - a constellation of aesthetic fragments – that will attend to the choreographic impulses already intrinsic in works across media. On a both basic and general level this calls for an “undoing of history” and a language of for what is to come.

Richardsen's project is an exemplary instance of an experimental and trans-disciplinary artistic practice where research is inseparably embedded in artistic development. Her work, reflection and artistic profile clearly reflect the fundamental values and principles of the Norwegian Programme for Artistic Research. (…) What makes this project stand out from this international curatorial revolution in dance is the focus on the choreographic through the architectural and multifaceted design of remnants of dancing. It is the absence of live dancing, it seems a strategy of ‘looking away’ (Rogoff 2008). Richardsen desires to strip the human body from the space, in her search for human recognition (Exhibiting choreography). She uses a spatial writing as a model for choreography. Here the choreographic is accessed through its remnants, the traces of past events of dancing, as such testifying of choreographic strategies. The exhibition is accessed through choreographic notions of the body, time, space, memory (Copeland 2013), one can speak of the installation as re- materialised form. Documentary, theatrical and textual materials challenge the “ontological priority of the live performance” (Exhibiting choreography). Choreography here is looked at through the labyrinth-like structure that forces the spectator to negotiate as an archeologist one’s path through the exhibition landscape, traversing texts of all kinds of layers of relations to choreographic processes.

The final result of the artistic research project consisting of three independent publications (text and photo based), a collection of 10 research films placed on-line, and the arrangement Speaking & Building – processing choreographic relations. I have chosen to submit the reflection and documentation part of my fellowship project in the form of publications and films.

It has been important for me to work with forms of reflection and documentation that will have artistic viability independent of the Fellowship Programme’s evaluation structure, and to develop the reflection and documentation material as outcomes / works of equal status with, and as a constituent part of, my submitted artistic production (result), the arrangement Speaking & Building – processing choreographic relations, which took place at the Oslo National Academy of the Arts in August 2015.

I have chosen to allow the arrangement, the publications and films to stand as independent (uncommented) works, rather than to illuminate the detailed contexts and aesthetic choices that have been on-going throughout the fellowship period. In other words, I consider that, taken as a single whole, the work functions precisely when allowed to speak for itself; it both highlights and manifests questions concerning choreographic implications that traverse the boundaries of various disciplines and discourses; it amounts to a meta-level negotiation about space and verbalisation, methods and processes – issues relating to work demarcation, autonomy, forms of documentation, presentation and display, contextualisation of art practice in relation to the fellowship period in general, and within the artistic results in particular.

The Viva Voce took place at KHiO on Tuesday 26 April, 2016. The project Exhibiting Choreography - exploring transmission across disciplines and discourses was satisfactorily presented and discussed, and Eva Cecilie Richardsen has therefor passed all stages of the assessment for completion of the Programme for Research Fellowships in The Arts. 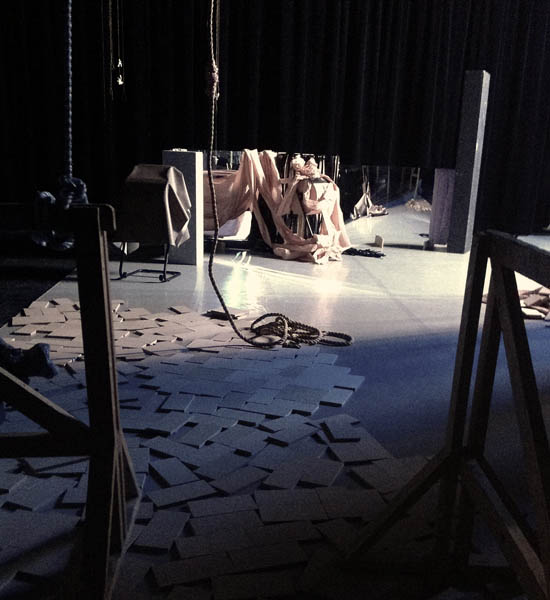 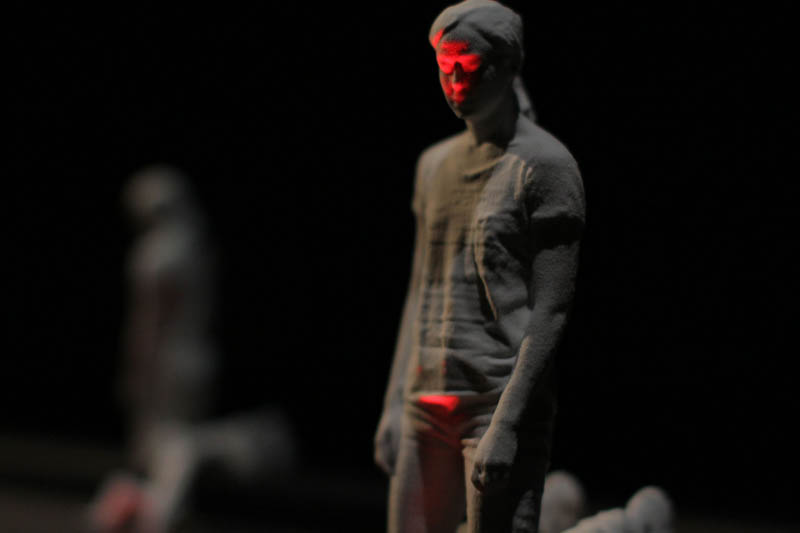 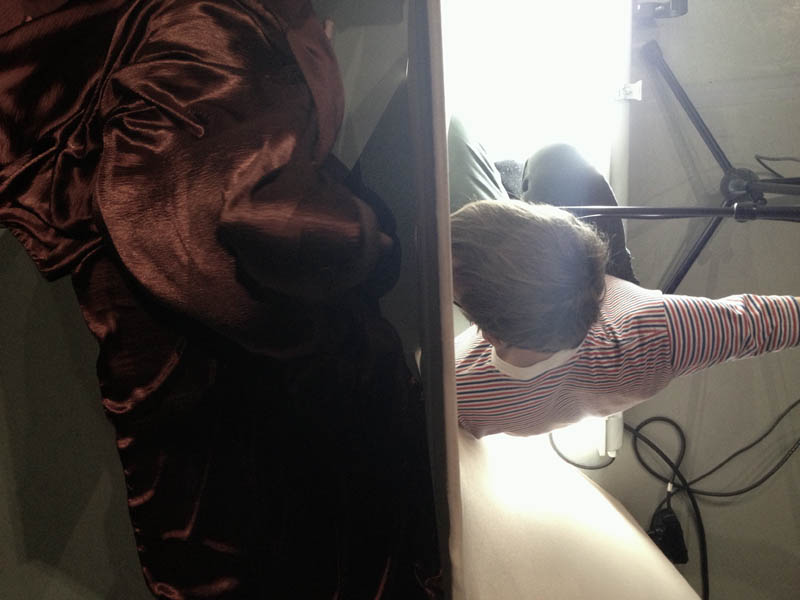 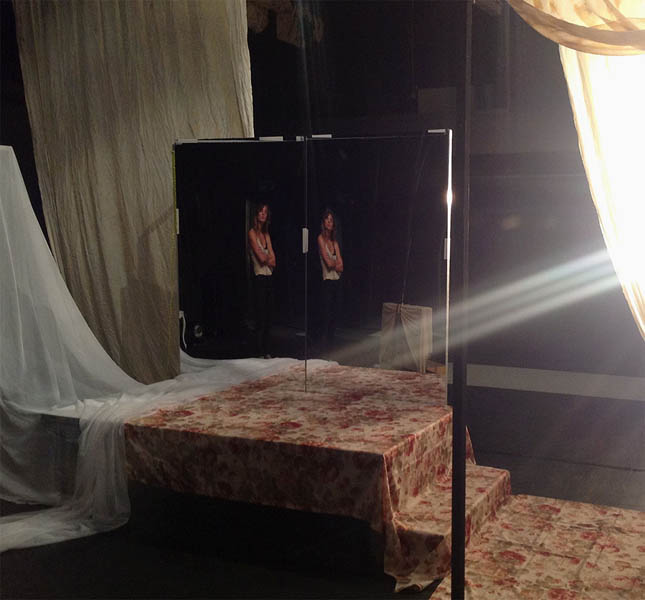 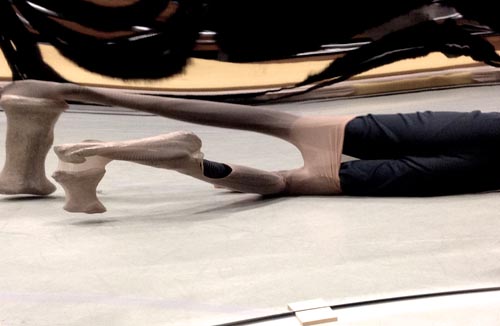 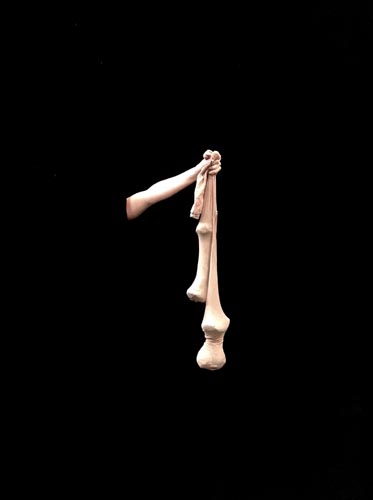 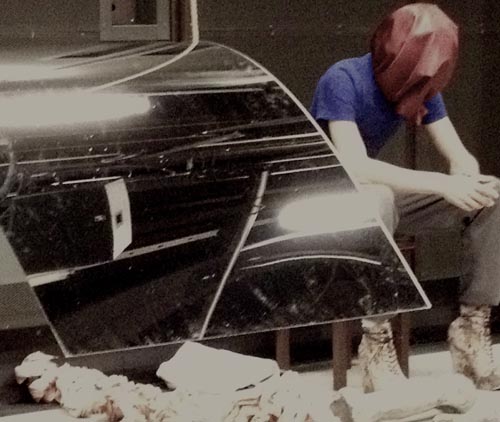 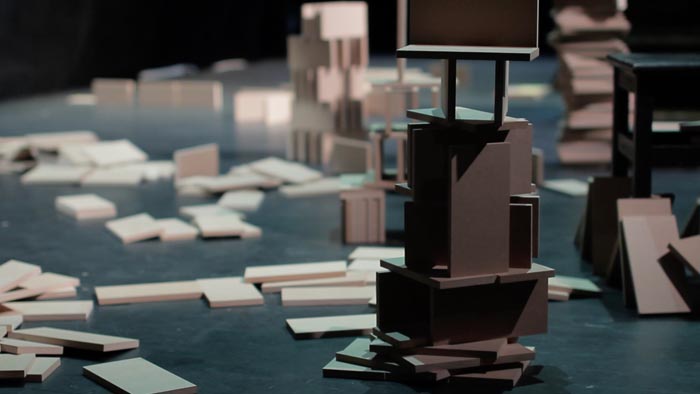